Career in Broadcast Radio Industry
Radio plays a vital role in society to develop postive thoughts in the mind of mass which is essential to educate the people and spread the education with information. A person who intends to come in the indsutry of radio broadcast should be creative mind and hard worker who can do work for betterment of the society to bring energy and spark to do some good work for development of town and city as well coountry. Fm radio has come with change and gave new variety of programs for listeners which is not easy task for any medium.

Radio broadcasters script content and then present it over the radio waves. They might perform on-air interviews, read scripts or advertisements, present commentary or introduce music. These professionals are often responsible for the content of their shows, which requires that they’re able to perform research and stay up-to-date on the latest happenings and events. In addition to performing, radio broadcasters may also make public appearances, run the station website, operate station equipment and sell commercial advertisements. Radio broadcasters may work for a station that plays music, covers sports or is strictly talk radio, and you could elect to specialize in one of these areas.

Stations generally operate 24 hours a day, which means that you could work unusual shifts, including early mornings, nights or weekends. Additionally, you may face substantial pressure and stress when meeting tight performance schedules and deadlines.

A radio announcer’s Rj (Radio Jockey) job duties will generally depend on what type of materials they are to be broadcasting. If a radio announcer is working for a facility that wants them to talk about sports, then the announcer will broadcast all of the latest news in that area. The same would be true for news, music, and travel.

An associate’s degree or a bachelor’s degree is generally required in broadcasting to land a position as a radio announcer. Some graduates will be required to complete an internship before they can obtain a full-time, paid position. Radio announcers need to have much background knowledge in the specific topic the radio station is requesting they broadcast a well. 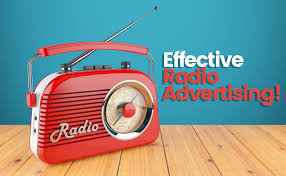